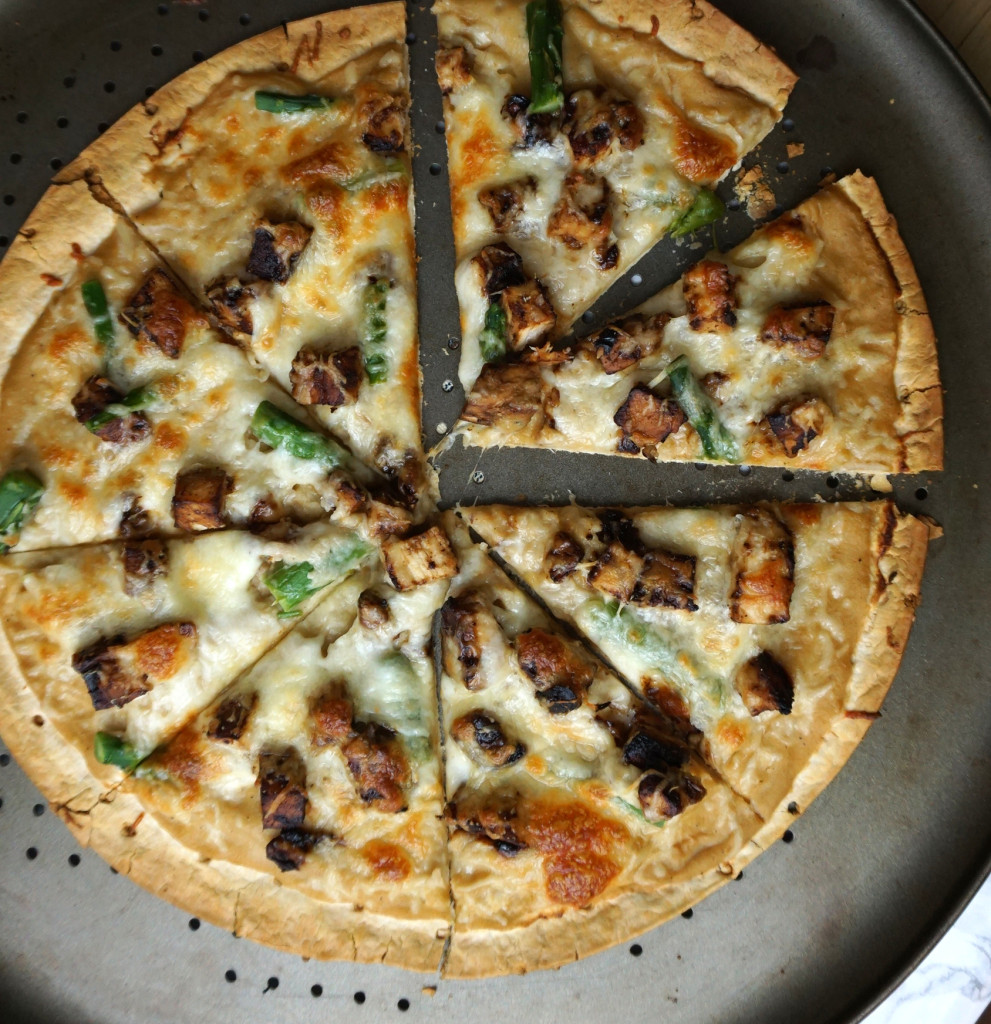 Cauliflower is great because it’s so versatile. Some people have a big aversion to cauliflower, but I’ve always liked it. My mom used to make cauliflower spaghetti and it was one of our favorite dishes growing up. It was basically cauliflower chunks instead of meatballs. Much healthier and cheaper than your regular spaghetti and meatballs. 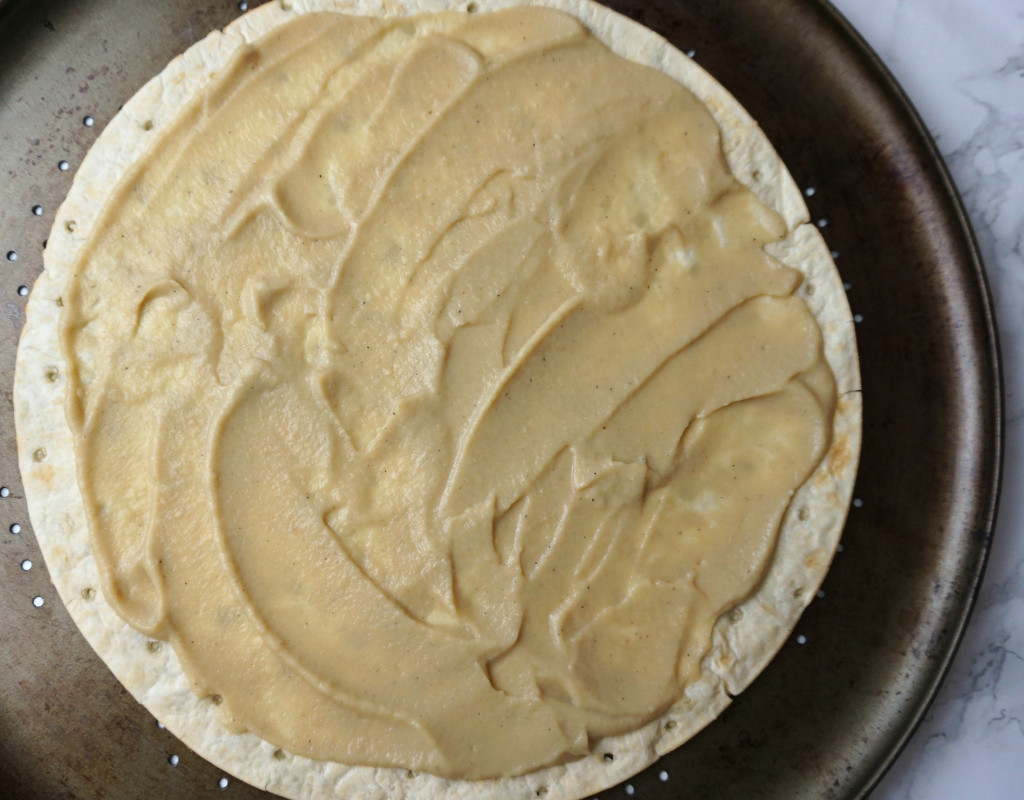 I feel like cauliflower has had a bit of a come back in the past few years as a low carb substitute. I think that while it works sometimes there are some major fails out there  – Hello cauliflower pizza crust – if you have actually succeeded in making an actual crust out of cauliflower please let me know your secrets! I have tried many a time and failed. It always turns out tasty, but NOT a crust. 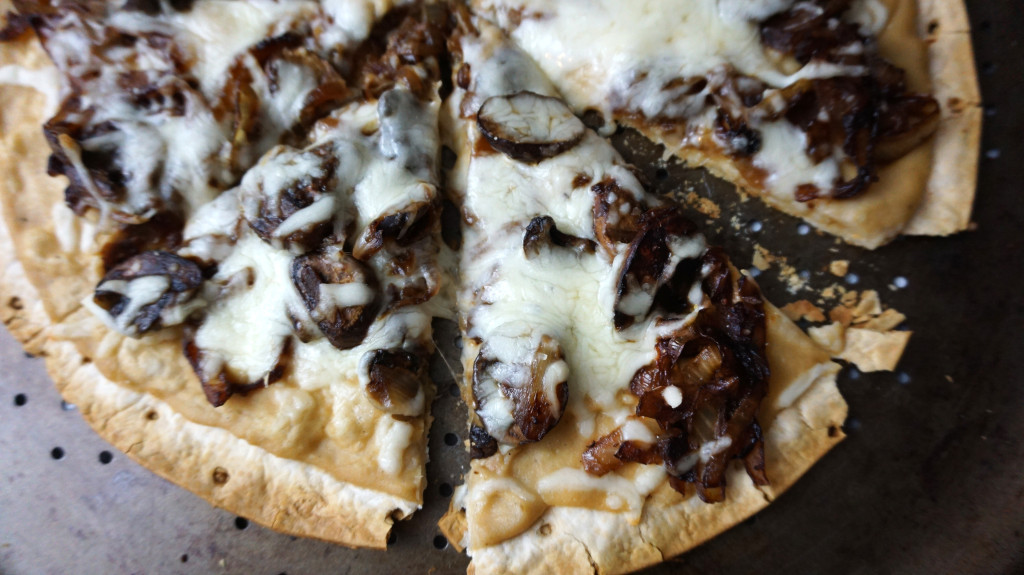 But this recipe works great as an alfredo recipe. No, it’s not an exact replica, but in my opinion it’s more tasty because of the garlic and onions. The trick is blending the bejeezus out of it. When you think it’s well blended – blend more. I made this a couple of times and this part is absolutely essential.

You can do a lot with this recipe – basically use it in anything that you would use an alfredo sauce in. I used it over pasta, in pasta casseroles, and on these pizzas. 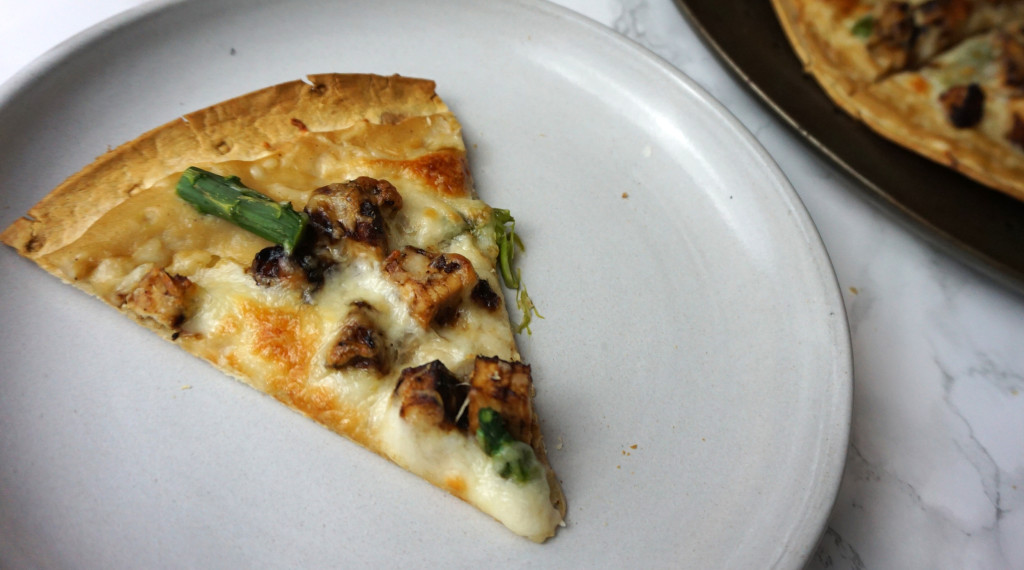 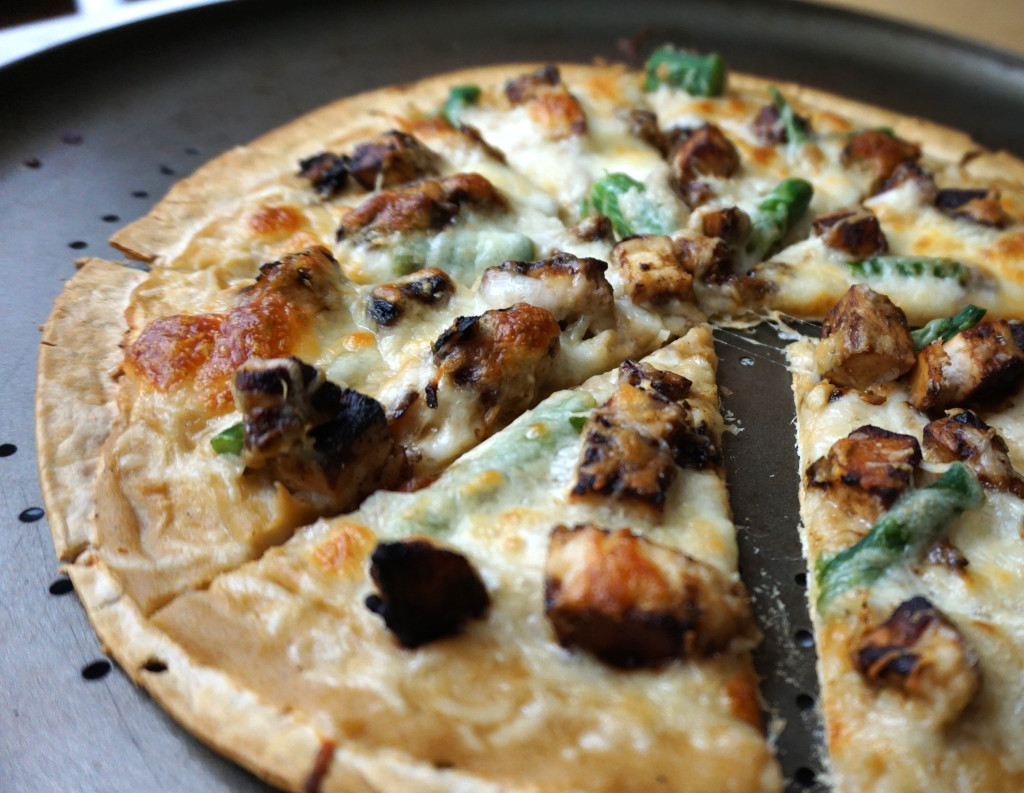 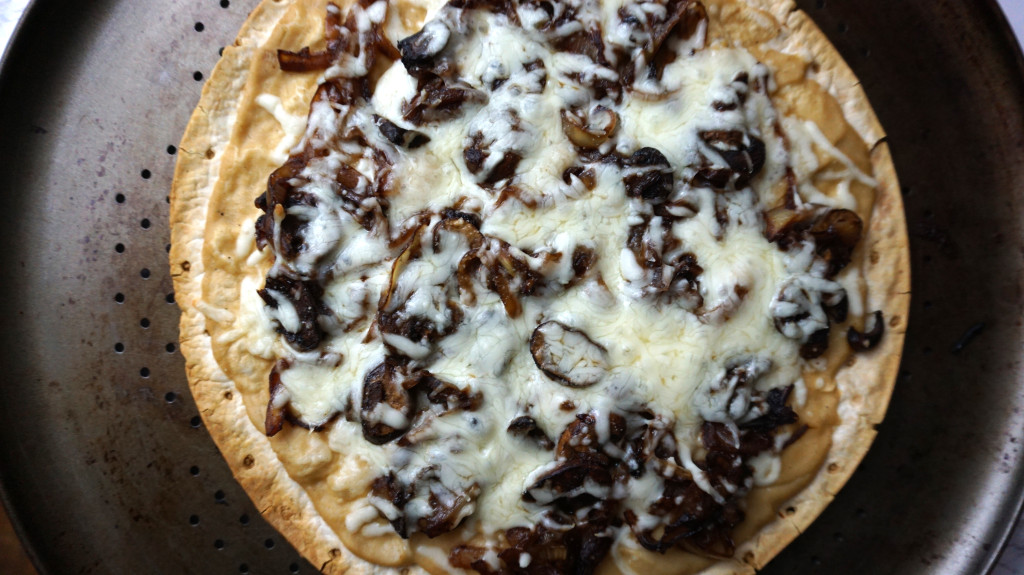 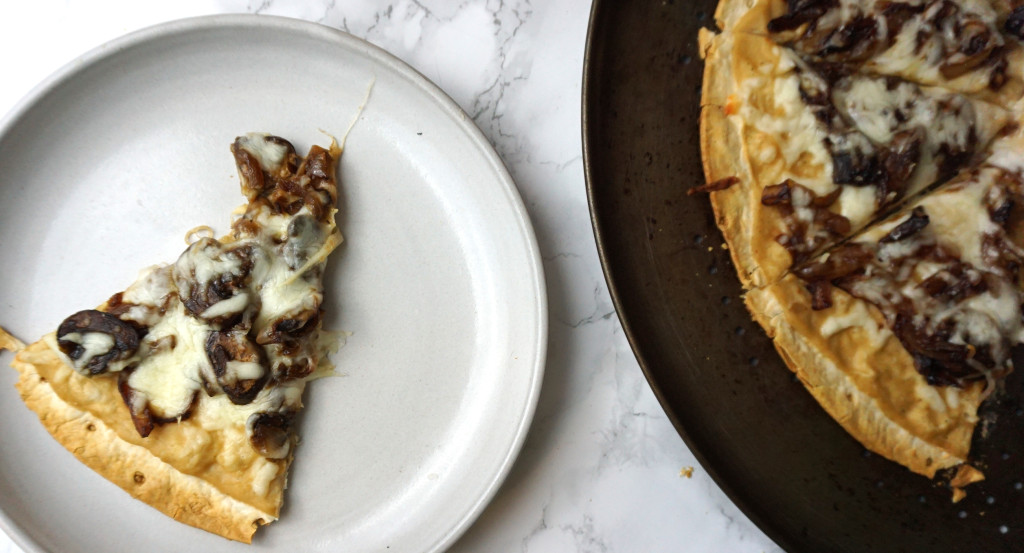 I used the Archer Farms thin crust from Target, because it’s my fave crust. But use whatever crust you like – do your thang gurl!(or boy) 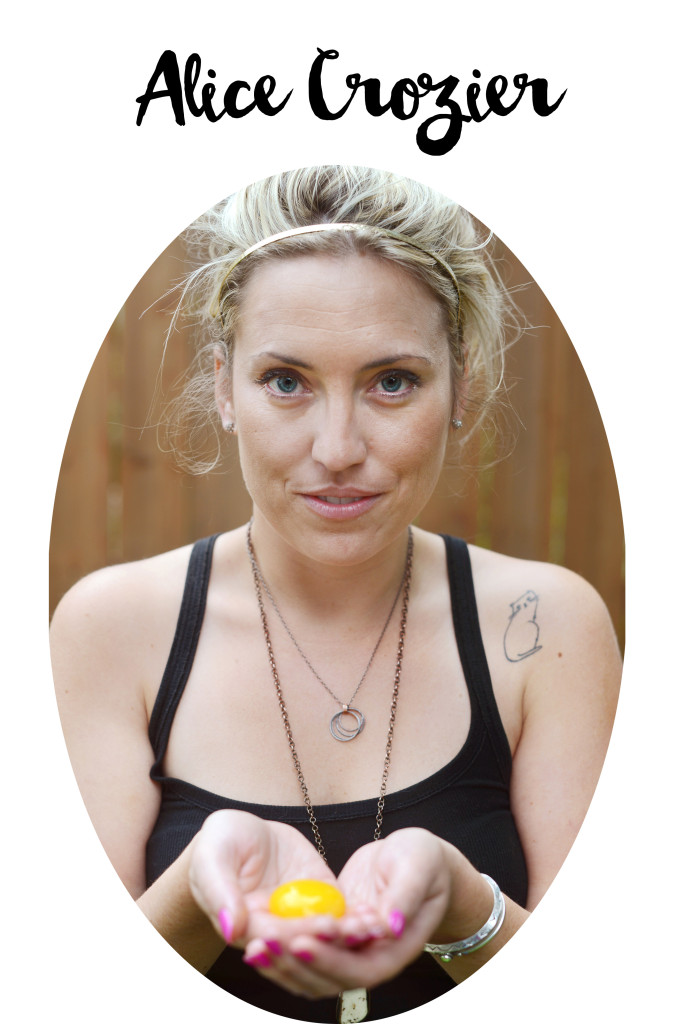 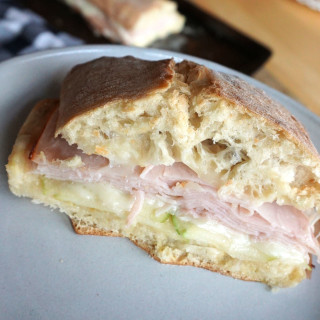 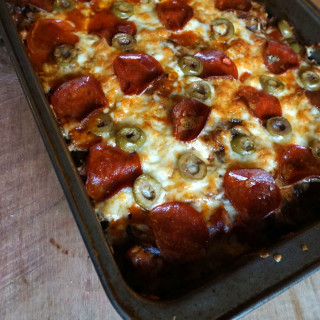 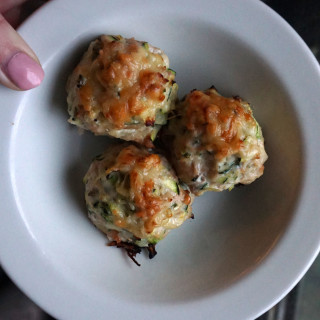 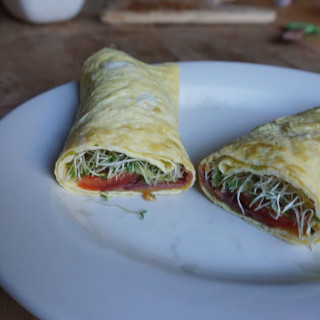 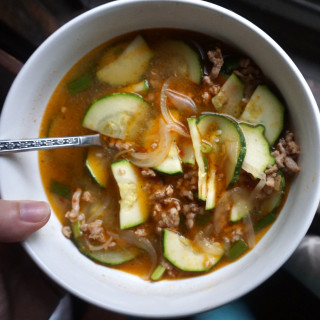 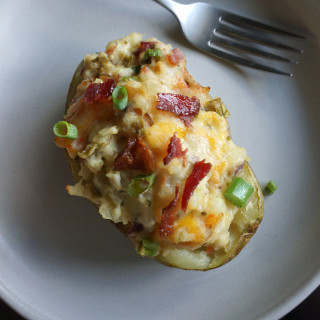